You are here: Home / Snorkeling At Makena Landing Park

The MOST requested activity is snorkeling with turtles. 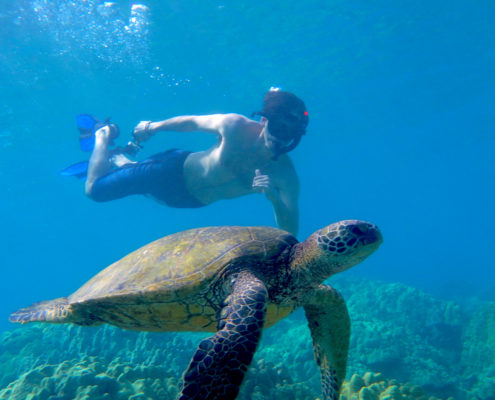 Makena Landing is a gateway to numerous snorkel spots along the South Maui coastline, most notably the famed “Turtle Town”. The small, sandy beach offers snorkelers a safe place to enter and exit the water. The bay itself is typically calm and a good place to practice snorkeling before going further offshore. The best snorkeling is around the edges of the bay where you can see colorful corals and even sea turtles. The grassy park, restrooms, and parking lot at Makena Landing make this spot especially family friendly and accessible.

Snorkeling From The Landing To The Point

More advanced snorkelers will want to follow the coastline to the right towards Nahuna Point. This is one of the most popular snorkel and dive spots on Maui and is known by a series of names including Five Caves, Five Graves, Turtle Town, and Turtle Arches. The area is marked by a series of unique, underwater lava arches that protrude outwards from the shoreline. Formed by ancient lava flows, the arches have become the home to a diverse array of sea life and provide endless options for exploration. 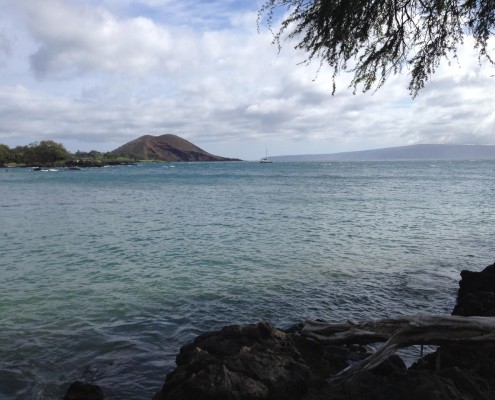 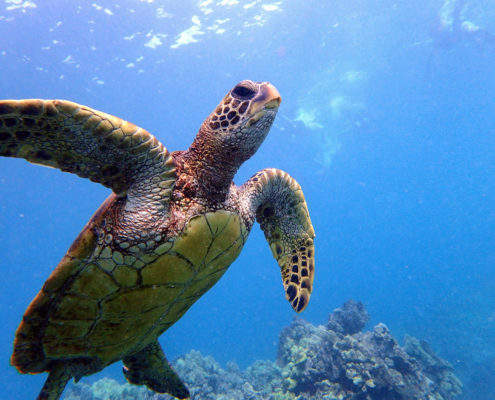 As its name suggests, this spot is also a haven for endangered green sea turtles who spend their time resting beneath rocky ledges. Sea turtles are almost always a guarantee, and it isn’t uncommon to see three or four throughout your snorkel. In addition to sea turtles, there is a multitude of vibrant corals, colorful butterfly fish, eels, and even the elusive frog fish that is a master at camouflage. Manta rays and the occasional Hawaiian monk seal can also be spotted. There’s no shortage of spots to explore, and you can create your own adventure depending on how far around the point you want to go. Keep in mind, though, that the swim from Makena Landing to Nahuna Point can be tiring and should never be attempted without a flotation device.

Due to their popularity, both Makena Landing and Nahuna Point can become quite crowded. Crowds peak between 9:30-11:30am when large tour boats from Maalaea drop passengers in the water. A number of commercial kayak snorkel tours and stand up paddle boarding tours also operate out of Makena Landing. The most optimal time for snorkeling is early morning when winds are light and crowds are minimal. Occasionally during the summer large waves can create dangerous and less than optimal snorkeling conditions. Overall, Makena Landings is one of the best places on Maui to both snorkel and see turtles. 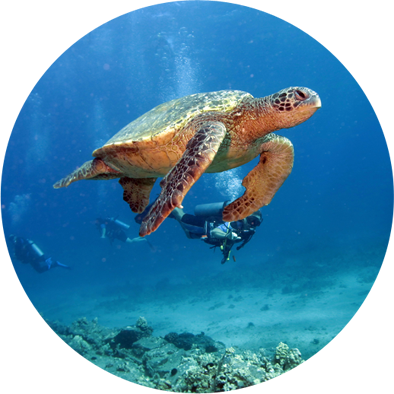 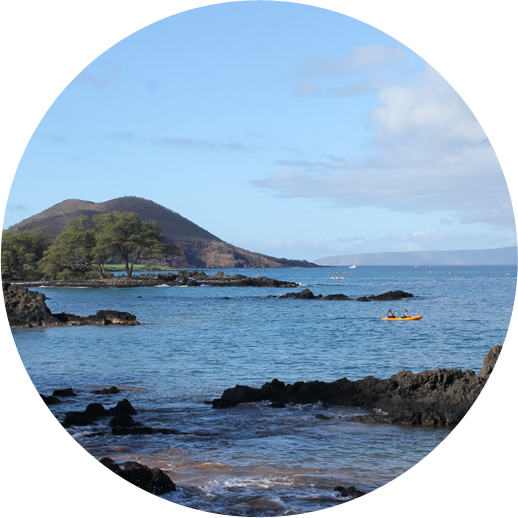 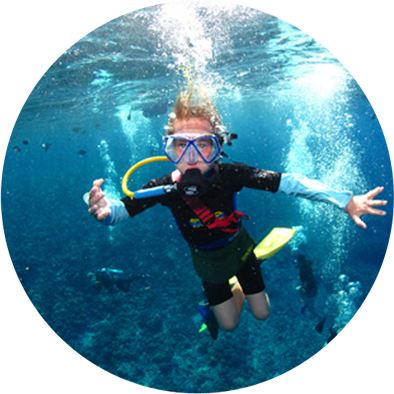